This week my Most Anticipated Release of the Week is Rogue. I can't believe that I'm finally going to be able to find out what happens with Lex and the rest of her gang of reapers. I fell in love with this series after reading the first book, Croak. It was hilarious and so different from other books that I couldn't help but be sucked into the world Gina Damico created. Now, I'm sad to say that Rogue is the final book in this amazing trilogy and I'm going to have to let go of these characters and move on. Luckily I still have this final book to look forward to. Plus if I get too sad I can always re-read!

Summary:
Lex is a teenage Grim Reaper with the power to Damn souls, and it’s getting out of control. She’s a fugitive, on the run from the maniacal new mayor of Croak and the townspeople who want to see her pay the price for her misdeeds. Uncle Mort rounds up the Junior Grims to flee Croak once again, but this time they’re joined by Grotton, the most powerful Grim of all time. Their new mission is clear: Fix his mistakes, or the Afterlife will cease to exist, along with all the souls in it.

The gang heads for Necropolis, the labyrinth-like capital city of the Grimsphere. There, they discover that the Grimsphere needs a reboot. To do that, the portals to the Afterlife must be destroyed…but even that may not be enough to fix the damage. Things go from bad to worse, and when at last the fate of the Afterlife and all the souls of the Damned hang in the balance, it falls to Lex and her friends to make one final, impossible choice.(Goodreads)

Email ThisBlogThis!Share to TwitterShare to FacebookShare to Pinterest
Labels: Croak #3, Gina Damico, Most Anticipated Release of the Week, Rogue

This week My Most Anticipated Release of the Week is...Breaking Nova. I have become a huge fan of Jessica Sorensen and I can't wait to read her latest release. This one seems like it's going to be an emotional read and I'm dying to find out all about Nova and Quinton.

Summary:
Nova Reed used to have dreams-of becoming a famous drummer, of marrying her true love. But all of that was taken away in an instant. Now she's getting by as best she can, though sometimes that means doing things the old Nova would never do. Things that are slowly eating away at her spirit. Every day blends into the next . . . until she meets Quinton Carter. His intense, honey brown eyes instantly draw her in, and he looks just about as broken as she feels inside.

Quinton once got a second chance at life-but he doesn't want it. The tattoos on his chest are a constant reminder of what he's done, what he's lost. He's sworn to never allow happiness into his life . . . but then beautiful, sweet Nova makes him smile. He knows he's too damaged to get close to her, yet she's the only one who can make him feel alive again. Quinton will have to decide: does he deserve to start over? Or should he pay for his past forever?(Goodreads)

Email ThisBlogThis!Share to TwitterShare to FacebookShare to Pinterest
Labels: Breaking Nova, Jessica Sorensen, Most Anticipated Release of the Week

Review: Hidden Beneath by Lauryn April

Summary:
Just when Ivy Daniels thought her life was going exactly how she wanted it, a surprise visitor arrives to shake up her world. Two years after an accident left Ivy with the ability to read minds she’s finally put her past behind her. Now, the summer after her senior year of high school Ivy is looking forward to going away to college and enjoying the rest of her vacation with her best friend Charlie and boyfriend Aden. The life altering events of her junior year of high school that made her realize things aren’t always as they appear have been pushed to the back of Ivy’s mind, and so has the memory of the one person who helped her though them – that is until he shows up on her door step a month before she leaves for L.A. asking for her help.

Where has Ivy’s ex-boyfriend, Brant, been, and why did he leave? Find out in this sequel to Into the Deep that will lead take you on an adventure filled with secrets, lost love, and forgiveness. (Goodreads)

Review:
I was really excited when I found out that there was going to be a sequel to Into the Deep. I really enjoyed reading about the main character, Ivy as she not only learned to deal with her ability to read minds but also as she discovered, love and the meaning of true friendship. The story in Hidden Beneath takes place long after the events of Into the Deep. Ivy is headed off to college with her best friend, Charlie. Her life is vastly different from how it was in Into the Deep. Though she had accepted her gift she hasn't really used it because she wants to try and be normal again. Her relationship with Brant is over and she has since started dating Aden. In Hidden Beneath we'll find out why Brant and Ivy are no longer together. We'll also watch as Ivy slowly learns to use her gift to solve a mystery that has plagued the mind of someone she cares about.

One of the things I really enjoy about these books is the mystery. I love the suspense that has me wondering what is going to happen next. I also like when the characters I'm reading about are able to draw me in and make me hope that all will end well for them. Ivy is one of those characters. Since I hadn't read the description of what this book was about, I just jumped right in and started reading. So I was shocked when I discovered Ivy and Brant were no longer together. I literally had to re-read the passage and all I could think was What?! Why?! I loved them as a couple and I was sad for them. Luckily we find out why and readers aren't left wondering what happened. I'm also glad that Hidden Beneath solves a mystery that developed during the 1st book. I was happy that certain characters were able to get some answers to a mystery that had left them with a ton of questions but few answers.

Hidden Beneath is a great follow up to Into the Deep. We get another interesting mystery that had me wondering what was going to happen next. Plus I liked being able to get back into the head of a really great character. As an added bonus there are a few scenes at the end of the book told from another character's POV. Let's just say I really, really liked those scenes! My one issue with this book was that I would have liked to learn more about Charlie. I just think that she is an interesting character but we don't get to see much from her.

*book provided by author for a fair and honest review*

Email ThisBlogThis!Share to TwitterShare to FacebookShare to Pinterest
Labels: 4 stars, Hidden Beneath, Into the Deep #2, Lauryn April, review

This week my Most Anticipated Release of the Week is Origin. I have been dying to get my hands on this book ever since I finished Opal. Come on, with that ending how could I not want to know what was going to happen next. I was also really excited when I found out that Origin was going to have both Daemon and Katy's POV's. Daemon and Katy have become one of my favorite book couples and I need to know how they're doing after being separated in Opal. I so can't wait to get my hands on this one!!

Summary:
Daemon will do anything to get Katy back.

After the successful but disastrous raid on Mount Weather, he’s facing the impossible. Katy is gone. Taken. Everything becomes about finding her. Taking out anyone who stands in his way? Done. Burning down the whole world to save her? Gladly. Exposing his alien race to the world? With pleasure.

All Katy can do is survive.

Surrounded by enemies, the only way she can come out of this is to adapt. After all, there are sides of Daedalus that don’t seem entirely crazy, but the group’s goals are frightening and the truths they speak even more disturbing. Who are the real bad guys? Daedalus? Mankind? Or the Luxen?

Together, they can face anything.

But the most dangerous foe has been there all along, and when the truths are exposed and the lies come crumbling down, which side will Daemon and Katy be standing on?

And will they even be together?(Goodreads)

Posted by The More the Merrier at 4:00 AM 2 comments

It's Just Not Right 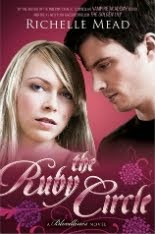 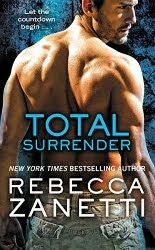 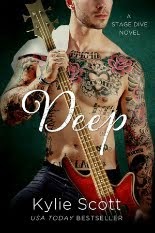 The More the Merrier
Colorado, United States
A girl who loves to read (YA mostly) and enjoys sharing her thoughts and frustrations about those books, with others.

Where I Can Be Found